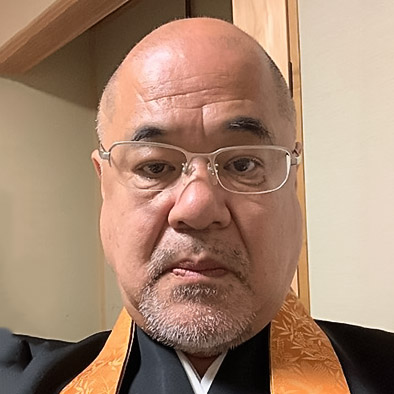 Born in 1958. Graduate from Ritsumeikan University, BA in Mathematical Science.

Ex-Director, Department of Theology in Daikakuji School of Shingon Buddhism.

Currently, it is said that the third Artificial Intelligence (AI) boom is coming. AI has pervaded every aspect of our familiar life, such as Apple's "siri", Google's auto-driving system and Amazon’s drone delivery system. The technology of AI has made it possible to recognize cats (Google’s cats), and to win a professional warrior in GO (Alpha GO). The neural network method, so-called "deep learning", has advanced dramatically. Because the possibility of AI development has become more likely, a concern that AI might exceed the ability of human has also become a subject of discussion. It is “a concept of future prediction” that AI will reach singularity (technical singularity) beyond the human brain. However, even if there is a threat that AI might run away and threaten humanity, the use for military terrorism and industrial monopoly would be a bigger threat. The ethics of making AI is important. Additionally, the real world forces us to face declining birthrate and aging population under rural depopulation. A role of religious person who interact with people on a daily basis is called into question how to connect AI technology to the things that contribute to our lives and to the things that enrich our lives.