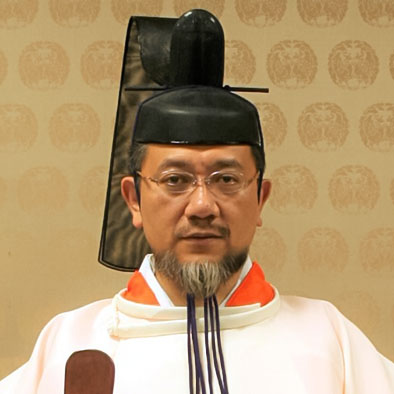 Rt. Rev. Yoshinobu Miyake, born in 1958 into a well-known family of Shinto priests in Osaka, Japan.

He studied at Doshisha University in Kyoto and at Harvard Univ. and publishes frequently.

He took important rolls in his Shinto Church as Superior General.

For the past 40 years he has been active worldwide in the interfaith field.

In 1997 he established RELNET Corporation, whose website publishes widely on religion-related matters.

He serves as board member of Religions for Peace Japan, the Chair of the Board in International Shinto Studies Association, the Vice President of the UN Association Japan Kansai Capital, and so on.

Most Recently, he led G20 Interfaith Forum 2019 to success as the Chair of the Steering Committee.

Human sciences such as philosophy or literature have been practiced since ancient times as a field “next to” religion.

Social sciences such as law or economics also built up a complex system during the transition from the Middle Ages to the modern times.

And the last thing left is natural sciences.

The physical truth, which investigates the history of the universe and the formation of matter, has resolutely existed and ordered the world, regardless of whether God or human beings exist in this world.

Chemistry has also elucidated changes in the state of matter, but these scientific achievements and religious doctrines have no meaning in conflict.

Because even if religion does not exist, these "principle" still exists.

However, in the life sciences, one cannot talk about this without "religious values".

It is because asking about the "work" of life and its "meaning" matches the purpose of religion itself.

Even though each life is a tiny and finite existence, through both the "horizontal connection" of the food chain and the "vertical connection" which continues from the distant past to the distant future in each life, we can be aware of the connection to "the Great Primordial Life".

I would like to exchange views with each one of you in the different religion in the world on various issues in life science that arise in modern society such as genetic modification, prenatal diagnosis, organ transplantation, and treatment for prolonging life.