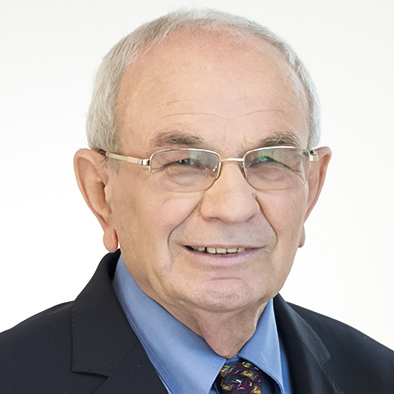 = Judaic Jurisprudence of Duties as a Way to Alleviate Poverty =

First I wish to thank Rev. Miyake for making me part of this important Forum.

Chapter 15 of the fifth Book of Moses seems to convey a conflicting message.

Verse 4 promises that “There will be no poor among you for the LORD will surely bless you in the land the LORD your God is giving you to possess as an inheritance to possess”.

However, a few lines later we are told that “there will never cease to be poor in the land”.

Nevertheless, there is no contradiction between the two verses. God’s promise that there will be no poor people in the land of Israel follows the obligation to forfeit all debts every seven years and the description of the existence of poor people is followed by the commandment “Therefore I command you, ‘You shall open wide your hand to your brother, to the needy and to the poor, in your land.’”

One may wonder why did God Almighty create poor people to start with. I believe that this is connected with the story of the expulsion of our fore parents from the Garden of Eden. The Bible views the expulsion as a punishment for disobeying God’s commandment to abstain from eating the fruit of the tree of knowledge. However, it is submitted that this sin was a blessing for by eating from the fruit Adam and Eve’s eyes opened and they turned to be “as God knowing good and evil”. Indeed, this was the moment when Homo Salience appeared on history’s stage. A knowledgeable person does not need God to take care of the needy. It is the wealthy and the community that will take care of them. Indeed, the Bible and Judaic sources are packed with commandments to care for the needy starting with the release of debts each sabbatical and ending with the positive duty to provide for the poor.

This may lead us to the institution of Tzedakah.

The standard translation of Tzedakah is charity. As such it perfectly

conveys the Muslim term Sadaqah, meaning "voluntary charity". I believe that this conveys the meaning of charity in most Christian churches, possibly excluding The Church of Jesus Christ of Latter-day Saints.

The word Tzedakah comes from the Hebrew term Tzedek meaning justice, righteousness and fairness. Giving to the needy in Judaism is not an act of generosity, but rather of fulfilling an obligation to do what is right and just. Tzedakah is one of 613 Mitzvoth [commandments] that each Jew must strive to fulfill. Some authorities view Tzedakah as the highest of all commandments equal to the rest 612 commandments combined together.

The supremacy of moral behavior over religious practices has its roots in the first chapter of the book of Isaiah. In Isaiah’s prophecy God rejects the sacrifices and bluntly states “When you come to appear before Me, who requested this of you, to trample My courts?” And he orders: “Wash, cleanse yourselves, remove the evil of your deeds from before My eyes, cease to do evil. Learn to do good, seek justice, strengthen the robbed, perform justice for the orphan, plead the case of the widow.”

There is a story about Rabbi Aurbach of blessed memory, a leading religious leader, who visited the Jewish community in New York. One of the wealthy members of the community invited the rabbi to visit his food factory. When the tour was over he asked the rabbi what he thought of his business. "Unfortunately", replied Rabbi Aurbach, "your products are not kosher and no God fearing person may consume it". The shocked businessman ran to get all his supervision certificates. "I know", replied the rabbi, "however, during my visit I noticed the shameful conditions of your Puerto Rican employees. No wealth accumulated at the sweat of others can be Kosher".

The duty to give Tzedakah applies to all Jew. The donor does not perform a noble act. It is rather the poor person who does so by giving the well to be the chance to perform this Mitzvah. The donor just does justice.

We were warned in the Bible: "Do not steal from a poor person, for he is poor," (Proverbs 22:22). From this verse the sages inferred that Tzedakah money was never yours to begin with, rather, it always belongs to God, who merely entrusts you with it so that you may use it properly to assist the needy. Indeed, abstaining from giving tzedakah is equivalent to the desecration of God.

The manner of giving tzedakah matters as well. Maimonides tells us: "whoever gives tzedakah to the poor with a sour expression and in a surly manner, even if he gives a thousand gold pieces, loses his merit. One should instead give cheerfully and joyfully, and emphasize with him in his sorrow".

Maimonides viewed Tzedakah as a ladder. It has eight rungs, from bottom to top. Each step you climb brings you closer to heaven. The lowest rung is giving reluctantly and with regret.

This will lead us to a central institution in the Jewish community. the Gemach. Gemach is an acronym for the Jewish term gemilut hasadim, meaning acts of kindness. In the narrow sense it means a communal or private fund, which hands out interest free loans on most flexible terms. This applies, whether the recipient is a wealthy person who is having a cash-flow problem, or a poor person. The Mitzvah to lend money is even greater than the Mitzvah to give Tzedakah, because a person is much less embarrassed to receive a loan than to receive a donation. Moreover, by giving a loan you can help a borrower retain control over his business investments and give him the opportunity to stand on his own feet and not have to accept hand-outs from others.

The term gemach was expanded to lending household items, clothing such as a bridal dress, books, equipment, services and advice.

An interested virtue of rabbinical law is that the sages relied on biblical verses to lay down their own rules even though the biblical verse hardly conveys that meaning.

It is therefore that the sagas could not do away with slavery since this institution exists in the Bible. Yet they achieved this end indirectly. They ruled that if a master owns two beds he should sleep in one and have his slave sleep in the other. However, if he has only one bed he should give it to his slave and sleep on the floor. Likewise, if he has only one cushion he should give it to the slave and place a stone under his head. Well, who would like to own a slave under such obligations? Indeed, the Talmud tells us that "whoever purchased a slave in reality he purchased a master".

Another example is the gratitude that the Torah imposes upon the master to bestow upon the released slave. The sages inferred that the same should apply to an ordinary employee. Upon the establishment of the State of Israel the Supreme Court acknowledged a binding custom in the Jewish community to grant severance pay to employees. Shortly afterwards the Knesset intervened and enacted the Severance Compensation Law to all employees.

A central feature of Judaism is the sense of communal life. The most sacred rituals cannot be carried out unless a quorum of 10 is present. 10 sinners will suffice while 9 leading rabbis will not.

To this one must add the rule that all children of Israel are responsible for each other. This phrase is the basis of the notion of communal responsibility in Jewish law. If one Jew sees another Jew at the verge of sinning, he has an obligation to step in and help. Even more so, it implies an obligation on all Jews to ensure that other Jews have their basic needs for food, clothing, and shelter taken care of.

Indeed, we trace organized Jewish communities in early days. Compulsory free education was introduced in Jewish communities during the first century BC. The Torah commanded only the father to teach his children and this has been expanded to an obligation of the community at large. We are told of Rabbi Joshua, who noticed that whoever did not have a father "did not learn at all". Thereupon he "ordained that teachers of young children should be appointed in each district and each town and that children should enter school at the age of six or seven".

Of special interest is the phenomenon of the organized Jewish communities in exile when Jews were deprived of political independence and were scattered all around the globe. This led to the organization of the Jews within local autonomous communities (kehilot). We come across the Jewish community as "a unit of self-government with fully developed institutions, with firmly rooted customs, and with an established method of cooperation with neighboring communities" already around the tenth century, preceding the communal organization of the European town commune by several generations.

Jewish communities were the first to introduce progressive taxation. The money collected went to support communal institutions such as synagogues and schools. A substantial percentage went to support the poor and the needy.

If one wished to get a sense of Jewish communal life and of mutual support he or she may visit the Ultra-Orthodox city of Bene-Beraq in the outskirts of Tel-Aviv. Though the poorest town in Israel it has no poor destitute residents. This is so since all needs of the unprivileged from birth till death are being taken care of by the community.