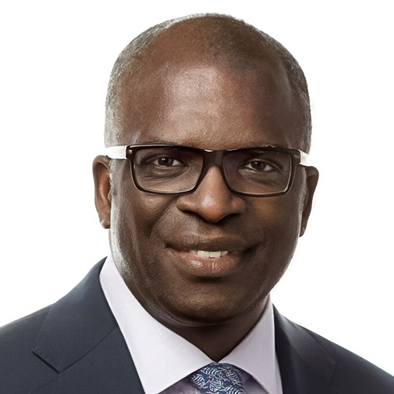 Secretary of the Conference of General Secretaries of Christian World Communions

Dr. Diop is graced with a fascinating combination of gifts and expertise in Biblical Exegesis and Theology, Philology with an emphasis on Ancient Near East languages and civilizations. He taught Comparative World Religions and Philosophies. He earned a master’s degree in Philology at the School of Languages and Civilizations of the Ancient Near East in Paris. He earned a PhD candidacy in New Testament Studies with a focus on Apocalyptic Literature at the University of Paris. He completed postgraduate studies in Semiotics Studies and applied Linguistics at the University of Sorbonne, Paris. He graduated from Andrews University with a PhD in Old Testament Studies in 1995.

He was granted a doctorate Honoris Causa for his work in helping promote a culture of human rights grounded on human dignity.He was the 2017 recipient of the Thomas Kane Religious Freedom Award, presented at the J. Rueben Clark Law Society Annual Conference in Philadelphia.On April 29, 2019, Dr. Diop was honored with the award of excellence Ambassador for Liberty and Peace—Jean Nussbaum & Eleanor Roosevelt.

Dr. Diop extensively works to foster mutual understanding between Christian faith traditions and other world religions and philosophies. He regularly trains leaders in capacity building in reference to peace, justice, and human rights: the pillars of the United Nations. He is the secretary of the Conference of General Secretaries of Christian World Communions, the largest Christian organization to foster peaceful interchurch relations.

Dr. Diop is the executive editor of Fides et Libertas et World Report on the Status of Religious Freedom. He is the co-founder of the annual meeting of “Faith-based Organizations in International Affairs” at the United Nations in New York. He also organizes the yearly “Meeting of Experts” focusing on academic contributions to freedom of religion or belief at the intersections of contemporary global challenges.

Title: An Overlapping Consensus on Global Ethics: The Moral Imperative of Promoting Life and Protecting Children

A brief reminder to provide this presentation with a context.

The UN Global Compact is a non-binding pact that encourages businesses worldwide to adopt sustainable and socially responsible policies and to report on their implementation.

The areas addressed are human rights, labor, the environment and anti-corruption.

The firs5 two principles of the UN global compact are in the domain of human rights.

Principle 1: Businesses should support and respect the protection of internationally proclaimed human rights; and

Principle 2: make sure that they are not complicit in human rights abuses.

This presentation will focus on these first two principles as they relate to human rights and particularly children’s rights as this year 2019, we commemorate the 30th anniversary of the convention on the Rights of the Child.

Looking at our topic through the lens of the defining moment in our global history, it may be helpful for our purpose to note the following.

The most famous treaties in global history were ratified after horrible times of destruction.

1. 1648 the Treaty of Peace of Westphalia after an estimated 8 million were killed in religious wars.

2. 1918 the Treaty of Versailles which ended the First World War after an estimated 16 million people perished.

3. 1948 the Universal declaration of human rights after World War II and after an estimated 60 million people died.

We do not need another devastating war to come up with another treaty, declaration, convention.

This means there is a need to be proactive to mobilize religious leaders, religious actors and all people of goodwill, who take being human and humane seriously.

There is an urgent need to deliberately put in place communication and educational strategies to share with all people everywhere a love for life not death.

This concretely means to adopt, to embrace a global lifestyle characterized by the following:

1. A respect for all life

2. A global adoptions a culture of non-violence

3. A culture of solidarity and a just economic order

4. A culture of tolerance and a life of truthfulness

5. A culture of equal rights and partnership

7. A global culture in which freedom of conscience is protected. Conscience is a sacred space, an inner sanctum in the depth of the human person, the center of moral deliberations and decisions.

8. A global culture of Peace and the right to peace need the partnerships of all adherents of religions and philosophies of life according to our deepest values reflected in our oral and written traditions: respect and creative promotion of life, compassion and forgiveness, welcome and practice of hospitality to the migrant, displaced person, and refugee, nonviolence and harmlessness, faith, solidarity in our common humanity, respect for every person, freedom of conscience and love.

These are expressions of religious and moral imperatives the world desperately needs today.

In 2017, An estimated 65.6 million people were displaced from their homes. A vast number of these - almost 50 percent-were children and young people.

Migrants’ dignity is increasingly challenged in a world in which tribalism, ethnocentrism, nationalism, racism, religious intolerance (including government restrictions and popular hostility to the right to freedom of religion or belief) are widespread.

Climate-induced displacements generate massive and unprecedented movements of people in search of clement environments. To these are added the scourge of human trafficking, one of the worst forms of treating humans as objects or commodities. The horrors of organ trafficking go against what true humanity is all about.

It is not only a denial of dignity but a denigration of other people’s right to life.

Being in a situation of vulnerability never means having a diminished human dignity. This is a foundation for religious and moral imperatives.

For if vulnerability is an indication of lack of dignity then children would not be associated with dignity. A thought which would be sacrilegious in the etymological sense of stealing what belongs to the divinity.

Today it goes beyond decency to even think about the fate of million of children subjected to violence, abuses, trafficking. This abject current reality deeply offends our humanity.

It crosses the boundaries of our sense of morality when children, the most vulnerable of the human family are violated in their integrity and dignity, trafficked, transformed into disposables and murdered.

According to a draft resolution focused on eliminating all forms of violence against children shows that currently an estimated 2 million children could be killed by violence from now until 2030.

“Today, nearly 50 million children have migrated across borders or forcibly displaced. Every day and in every region, these children face a variety of rights violations, from exploitation and violence to being separated from their families, detained because of their migration status and deprived of essential protections and services. These abuses constitute a grave human rights crisis.”

The root cause of all these catastrophic ills are the legitimization of violence.

In archaic societies violence was part of communication tools to instill fear on anyone who would challenge he status quo.

In the Greco Roman world violence was part of the cult to the emperor. One can think about the munera, among which the gladiators fights, but also the midday executions stating unequivocally that brutality is a sign of the power of the emperor.

It took the advent of the modern world to delegitimize public violence. The public has no longer access to public executions, except in recent years where terrorist group stage their nefarious ideologies.

See my article “Religions and Moral Imperatives in Global Ethics at a Time of Unprecedented Mass Mobility.

Children should not be victims to any form of violence.

Every child ought to given opportunities to truly develop physically, mentally, morally, spiritually and socially in a healthy environment and in conditions of freedom and dignity.

Religious communities have the moral authority to challenge violence against children, especially when it is justified and condoned in the name of religion but also more generally.

The global community ought to explore and act to protect children and to translate its commitment to end violence against children into the reality of peace for children.

Children have the right to be safe and in peace.

Millions among them currently experience fears and harbor traumas of many kinds.

Care for child victims of displacement situations, human trafficking, and poverty is a moral responsibility.

This issue should belong centrally to the G20 agendas.

Without addressing these urgent issues for children, the 2030 Agenda is unlikely to be achieved.

Thus the 30th Anniversary of the CRC is an opportunity to take stock, celebrate and renew the commitment to the realization of children’s rights.

Despite the abysmal record of violence and cruelty in human history in terms of dehumanizing acts of wars, conquests, occupations, subjugation, trampling of human dignity and abuses of people’s rights, human trafficking, organ trafficking and other countless horrible acts, there is a deep intuition that the best in human experience is to work for the better of the human condition. This intuition has functioned as an undergirding accepted moral foundation.

The test for our resolve to build a more human and humane World significantly shows in how we treat children or allow children to be treated today.

The pulse of our moral imperatives is measured in how we as a human family treat our most vulnerable ones: children.

What are we going to do not to allow children to be forgotten and abandoned to religious and secular predators?

What are we doing to do not to allow depraved people to dehumanize children and sexually abuse their physical, emotional, social and religious integrity?

What are we going to urge world leaders, politicians, policy makers, business people, religious leaders and all decision makers to consider, discuss and creatively reverse the ride of death and destruction of the lives of the little ones, children.

The current global crisis of meaning should not intimidate us. The miracle of consciousness and the gift of conscience are worth the journey together to promote, life, to sustain life, and better living conditions of billions of people on our planet.

We work for a global movement with a humanizing mandate.

For when people live according to their authentic destiny of being human and humane, children are safe, their parents are safe, their neighbors are safe and the world is safer. Peace will have then be given a chance to be.